My son quit his job last week to pursue his dream! 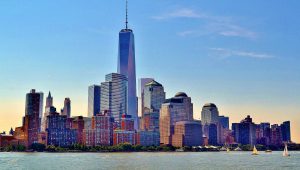 For the last two years – since graduating from college – my son has been working as a financial analyst for a healthcare consulting firm in Dallas. And it’s a great firm… fast-growing, profitable, a leader in its niche, beautiful offices, takes great care of its employees, and so on.

But he hasn’t been happy… he wants to be in New York and he wants to change industries (from healthcare to music/entertainment). So, he’s saved his money, quit the firm and is moving north! Next week!

As his father, I’ve not at all been in favor of this idea. He’s walking away from a great start to a career… and I just don’t see him as a New York kind of guy. But he’s been up there many times and he loves it.

In addition, as an employer, I’m concerned that he quit his job without first having another one lined up in NYC – even if it’s just temporary. You know the old adage, “It’s easier to get a job when you have one.”

But after calming down, I stepped back and tried to put myself in his shoes. And then it hit me. He’s pursuing his dream! And he’s so committed to it, in fact, that he’s throwing all caution to the wind and just going for it. He has “burned his ships in the harbor” as the old saying goes. I actually have to admire him for that!

There are no easy answers here. But one clear takeaway is this… a genuine and compelling dream can be a powerful driving force for success in your life and in your business. As the man walking across the street in the movie, Pretty Woman, says, “What’s your dream?!”